Dawn broke, and the club web camera showed a sea as smooth as glass. Dublin Bay Buoy reported 1 knot, gusting 2. Would the forecast come true? Windy.com was reporting a possibility of as high as 9 knots, easterly. Race officers, RIB crews, timekeepers, shore support – all volunteers – started rolling in to the club at 9 am; there was a promise of breakfast to get everyone into the clubhouse for a pre-regatta briefing. As the first gun time approached, the wind started to lift, and various weather stations agreed that the wind was matching what was forecast – somewhere in the east, and touching up around 8 knots. Racing would proceed on schedule, under blue skies and bright sunshine, with an ebbing tide.

In Class A, first place went to Andrew Algeo’s “Juggerknot” (J/109), storming home – as much as one can storm in 9 knots of wind – with a corrected time of 2:20:41. Richard Goodbody’s “White Mischief” (J/109) came second, 12 minutes behind Juggerknot, and Frank Whelan in “Eleuthra” (Grand Soleil 44 race) placed 3rd on corrected time.

The race committee chose Juggerknot as the King of the Bay. An on-the-day entrant, they attributed their win to having a Code Zero on board, and having the perfect conditions to fly it for several miles of the race.

The DMYC would like to thank all of our volunteers and staff who made the day possible, our caterers (Spitting Pig), the Dublin Bay Sailing Club for the use of the hut on the West Pier, and of course all of you who came out to race with us. It was a fantastic day to be on the water, and we hope to see you all again in 2020. 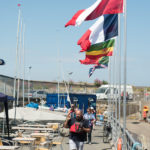 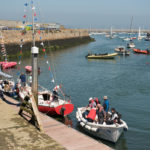 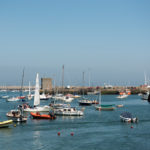 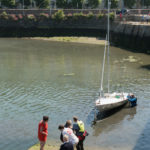 Tides can be a bit of a problem for Flying Fifteens 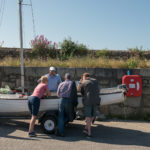 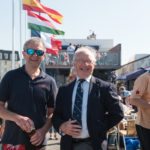 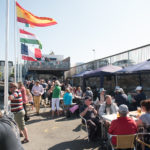 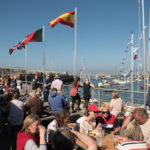 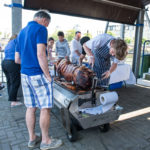 Queueing for some delicious roasted pork 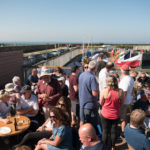 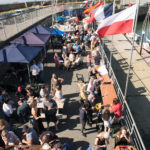 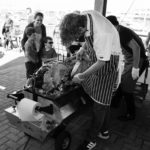 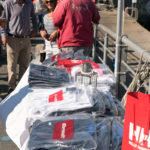 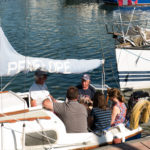 Soaking up the atmosphere 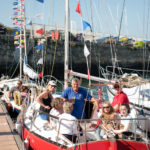 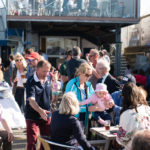 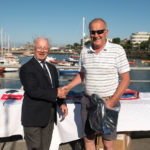 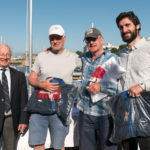 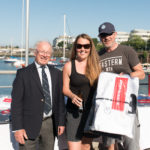 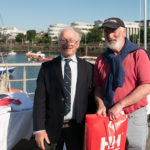 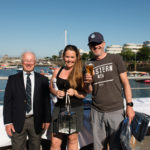 King of the Bay, Juggerknot 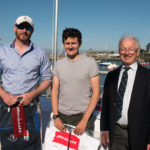 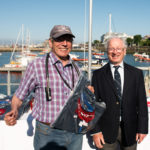