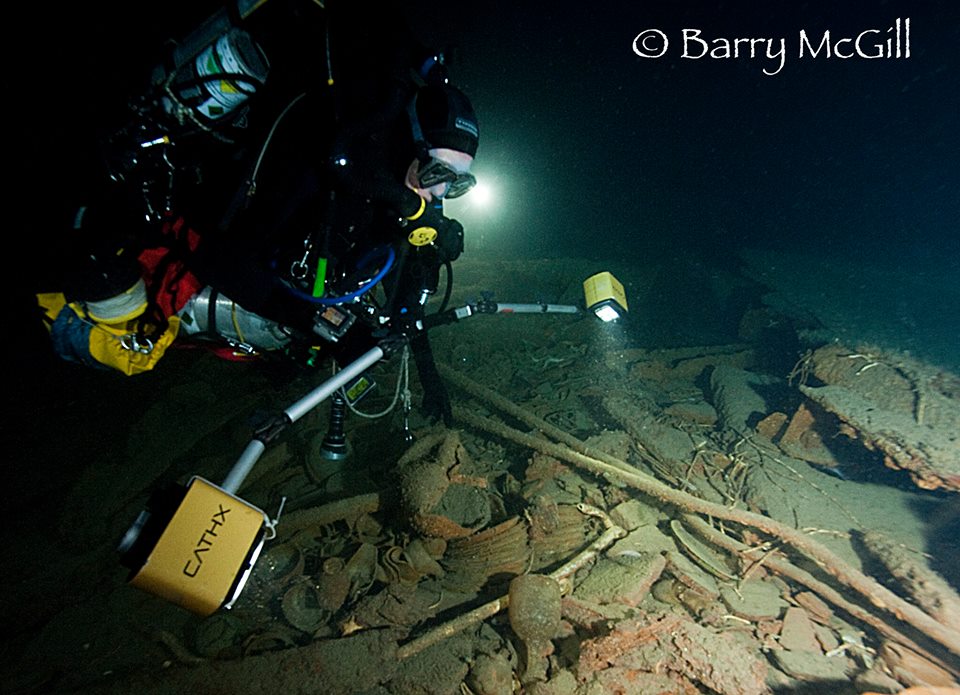 Stewie Andrews has been fortunate to dive deep wrecks off Donegal, the South coast, the Irish Sea, the North Channel, Greece and Norway. He has been involved in trimix diving for over 11 years using a rebreather and his favourite dives are still the war losses off Donegal, including the ‘classics’ such as HMS Audacious (64m). Stewie has been involved in many ‘first’ dives on wrecks such as HMS Curacoa (125m), HMS Carinthia (115m), RMS Amazon (117m), SS Flavia (105m), HMS Viknor (86m), as well as some very deep dives such as SS Assyria (140m) and RMS Empress of Britain (163m). He has been involved in several TV documentaries and has been on both sides of the video camera. In 2014, he took up the challenge of deep wreck still photography.

Stewie’s talk covers the exploration of many of Ireland’s finest deep wrecks and matters relating to doing this type of diving, with a little nod to Lusitania’s 100th anniversary year.